Taiji is an ancient exercise developed in China over 4,000 years ago and means “the grand way of life as taught through movement”. Originally a form of self-defense, Taiji is more widely practiced in the United States today for promoting vibrant health and longevity.

This gentle, yet powerful Chinese way of movement teaches one to live in harmony with nature. It is a meditation through movement; practiced with full relaxation of the body and focused mental concentration. Through daily practice, Taiji practice reconnects the mind to the body, the conscious to the subconscious, and the individual to their environment. Its flowing, long patterns of movements are best performed slowly and with repetition. With its circular movements, rhythmic breathing, and flowing postures, Taiji allows the full potential within each person to blossom.

“Be still as a mountain; move like a great river.”
Taiji Chuan Classics

Taiji is an exercise that improves physical fitness in a gentle and almost imperceptible way. It increases heart capacity by increase the work load on the heart in a similar way to swimming. It is also excellent for stress reduction, mental relaxation and improved concentration.

Taiji is a form of exercise that invigorates the flow of Qi (vital energy) throughout the body. This increased Qi flow then improves blood circulation. 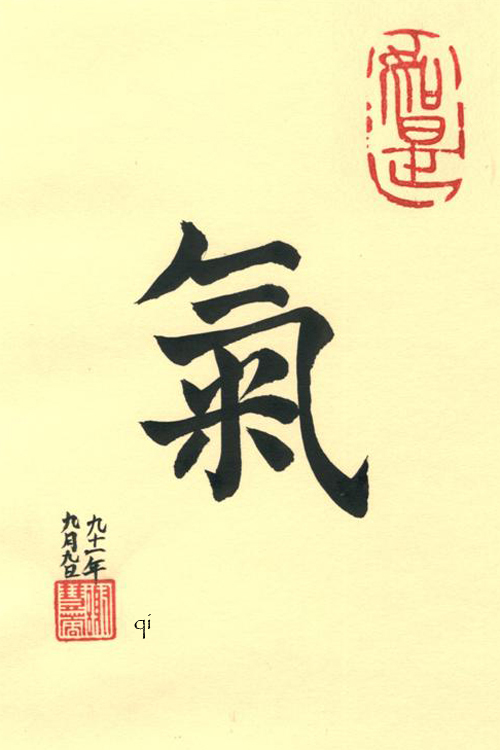 The Story of How Taiji Began

Legend tells us Taiji was created in the 14th century by a Taoist monk named Chang San Feng. He had observed a fight between a snake and a crane that lasted several days. The snake’s flexible, circular maneuvering and soft evasive countering of the crane’s ensnaring thrusts was evident. The snake’s looseness and concentration easily enabled it to escape the strikes of the crane’s beak. Eventually, the snake caught the crane by ensnaring it in its coils. This showed Master Chang that a less physically forceful opponent with clever strategy could subdue a hard, strong opponent. Based on his observation, Chang San Feng developed the soft, internal form of Taiji which exemplifies circular, relaxed and purposeful spontaneity in the midst of rapid movement when applied for martial arts purposes.

Taiji has since become a system of physical exercise and a part of daily life for the Chinese people for centuries. Upon visiting China today, the parks are filled with Taiji players of all ages early in the morning throughout the country. This is gradually becoming commonplace in the parks in the United States, especially in our big cities. The flexibility, fluidity and grace exhibited through Taiji movements are astounding to watch.

Scientific Testament to the Healing Power of Taiji

read about the healing power of taiji

Scientific Testament to the Healing Power of Taiji

In a study done at the Research Institute for Sports Medicine in Beijing, people who practiced Taiji were found to have stronger skeletal systems and better metabolic test scores than people who did not exercise.

Results of a studied published by the American Medical Association indicated that exercises based on Taiji can significantly reduce the risk of falling in the elderly. The study of 2,328 seniors in a program of general exercise showed that falls can be reduced about 13 percent and the Taiji training was the most beneficial at it helped reduce injuries by 25%.

The National Institute of Health’s National Center for Complementary and Alternative Medicine suggests that practice of Taiji is beneficial for a variety of health conditions such as improved physical condition, muscle strength, coordination and flexibility, improve balance and decrease risk of falling especially for the elderly, eases pain and stiffness such as arthritis, improves sleep and for overall wellness.

The Arthritis Care and Research Journal published the results of a large study testing the effects of Taiji on arthritis. It was found to not only reduce pain, improve standing balance for stroke victims, but also improve quality of life

A study of 82 older women divided into Taiji and control groups was published in the Journal of Alternative and Complementary Medicine. It found that after practicing Taiji for six months it significantly increased knee extensor endurance and bone mineral density and led to less fear of falling as compared to the control group.

The Harvard Health Newsletter in May of 2009 suggested calling Taiji “medication in motion” in addition to “meditation in motion”. It furthermore stated that in addition to prevention of falls - Taiji programs have been shown to help a number of medical conditions such as arthritis, low back pain. low bone density, breast cancer and its side-effects, heart disease, heart failure, hypertension, Parkinson’s disease, sleep problems and stroke.

Peter M. Wayne who is assistant professor of medicine at Harvard Medical School and director of the Taiji and Mind-Body Research Program at Harvard Medical School’s Osher Research Center has stated “A growing body of carefully conducted research is building a compelling case for Taiji as an adjunct to standard medical treatment for the prevention and rehabilitation of many conditions commonly associated with age.”

The form that Shoshanna teaches at our center is called Gwang Ping Taiji, brought to the states by Kuo Lien Ying to Portsmouth Square in San Francisco. This Yang style of Taiji originated in the region of the Honan Province in Northern China and has a total of 64 movements. Master Kuo learned and studied this form at a monastery outside of Beijing with Wong for many years. Wong had learned this form while working as a servant to Yang Ban Ho who was the first son of Yang Lu Chan. Legend has it that Wong lived until the ripe age of 123. Shoshanna learned this form beginning in 1974 in the Pan Handle of San Francisco Golden Gate Park - through study with Sifu Bing Gong, who is known as the best student of Kuo Lien Ying.

Please note: Any of these recommendations are not to be done in place of allopathic care. It is important to always discuss holistic options such as these with your physician.